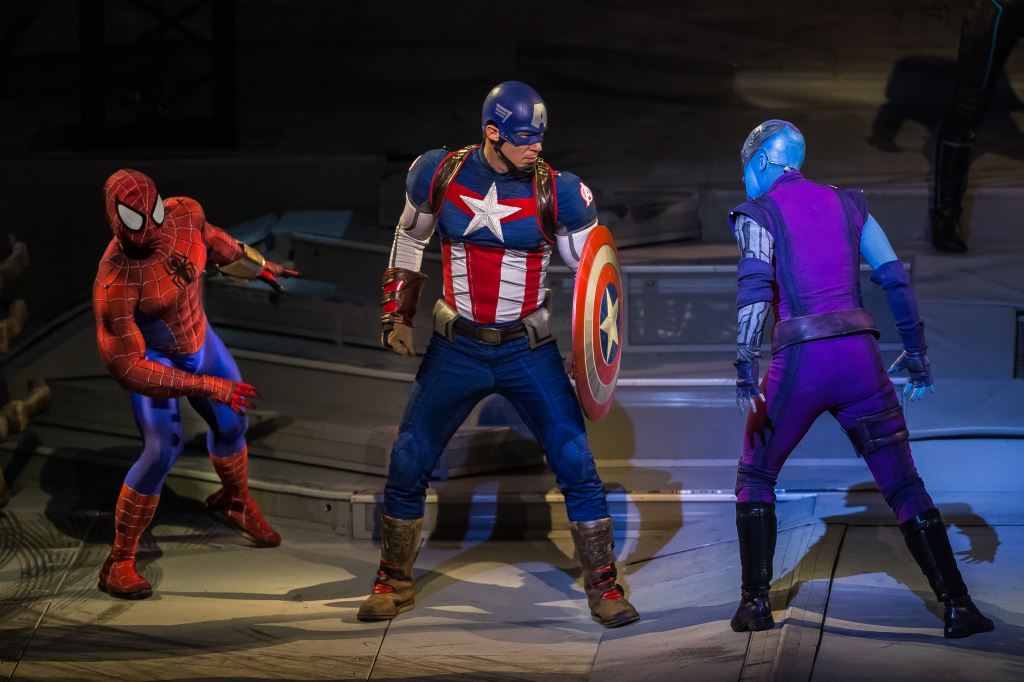 Calling all Marvel fans! Assemble for the  live, legendary battle to defend the universe from evil. The Avengers, the Guardians of the Galaxy and Spider-Man join forces with Doctor Strange, master of the mystic arts, in a race against time to recover the Wand of Watoomb before it falls into Loki’s hands in this spectacular arena stunt show.

Marvel Universe LIVE! is a live performance unlike anything fans have ever seen before. Performing in South Africa only in the  Sun Arena at Time Square, Menlyn Maine, Pretoria from Friday, 24 January through Sunday, 09 Feb 2020, this epic arena stunt show has become the adventure no one wants to miss. Tickets are on sale only at Computicket, the show’s exclusive authorised local ticketing agent.

Produced by Feld Entertainment, Marvel Universe LIVE! is presented by local promoter Showtime Management and brought to you by FNB in association with SuperSport.    “This unique live arena show brings twenty-five favourite Marvel characters to life at Sun Arena early next year.” says Showtime Management’s Tony Feldman. “We are excited to bring this incredible sensory overload of non-stop Super-Hero action from all over the Marvel Universe to South Africa for the first time.”

Witness cutting-edge special effects, aerial manoeuvres, pyrotechnics, martial arts, motorcycle stunts and vast 3D video projection in this completely new thrilling adventure. The floor show is enhanced with strobe lighting, lasers, fire  and smoke along with substantial sound effects to set the location and heighten the excitement. Fans of all ages will be immersed in the Marvel Universe and experience it all with their family…LIVE!

Make a date! Book only at Computicket by calling 0861 915 8000 or visit www.computicket.com or your nearest Computicket service centre.
Patrons are asked to please note that owing to safety regulations each person, irrespective of age (including babes in arms and children under two years) must have a purchased ticket. Fans are encouraged to only book through the official authorised ticketing agent for Marvel Universe LIVE! There are significant risks in buying from other sources and entry to Marvel Universe LIVE! is not guaranteed.
To discover more about Marvel Universe LIVE!, go to www.marveluniverselive.com, or visit us on Facebook, Twitter, Instagram and YouTube.  ENDS

Sun cream for kids with sensitive skin! The lowdown on keeping your little ones safe in the sun

Breaking a World Record at The Ziets Museum

Image Credits: Domenic Gorin – Supplied by NumberSenseThere couldn’t be a better time to go above and beyond to create change. Change isn’t only...
Read More

When the mercury drops and the rain clouds gather, the soup ladle and the wine glass are the best of friends. That’s why, from...
Read More

Silverstar beach fest is the best in the West!

Silverstar Casino, the West Rand’s favourite entertainment destination, is gearing up to become a holiday paradise right on your doorstep once again… only this...
Read More

There’s nothing better than getting out in the fresh air and exploring nature with your little one, especially on long hikes.  The Thule Sapling,...
Read More
Absolute Mama © Designed by Driven Social