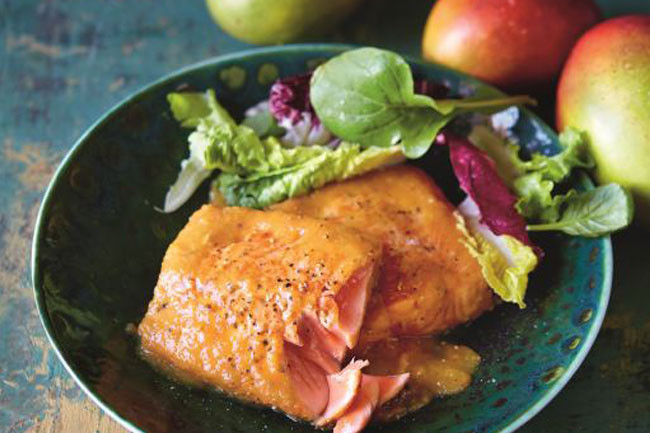 The city of Durban, once known as Port Natal, is the third largest city in South Africa, the largest in the province of KwaZulu-Natal, and the largest port in Africa. It is a melting pot of African, European and Asian cultures, and is often used as a springboard for trips to the Drakensberg mountain resorts, the historical battlefield sites and the province’s abundant game parks.

Its rich, multicultural heritage is reflected in the foods that are to be found throughout the city, from spicy, aromatic Indian cuisine and fish and seafood to dishes influenced by the Portuguese, Zulu nation and British. Tastes of Durban is a celebration of these foods that can be savoured here while on a visit and then recreated once you return home.

Born and bred in Durban and living in the area most of his life, David Bird was exposed to the delights of the local cuisine from an early age when his love for cooking began. Whether this was sitting with his family on a Sunday night while his father prepared his unique version of a Durban chicken curry, watching his mother prepare the daily family meals, sharing a smorgasbord of curries with his Indian  workmates, enjoying the offerings at one of the local restaurants, or sharing in a Sunday roast, he has always had a preference for food on the spicy side.

Deshnie Govender was born in Durban, spending her early days in the sprawling township of Phoenix to the north of the city, before moving with her family to the western suburbs. Her grandmother, with recipes handed down from generation to generation, and an acknowledged master of eastern cuisine, had a marked influence on her development and cooking.

Tastes of Durban by David Bird and Deshnie Govender published by Struik Lifestyle and an imprint of Penguin Random House. Available at bookstores nationwide at the recommended retail price of R260.

Keep up to date with the latest releases: https://www.penguinrandomhouse.co.za/

The Women of Tea

By Mariza Halliday Although women who have traditionally assumed the role of cooking, the culinary industry is not a particularly positive example of a...
Read More