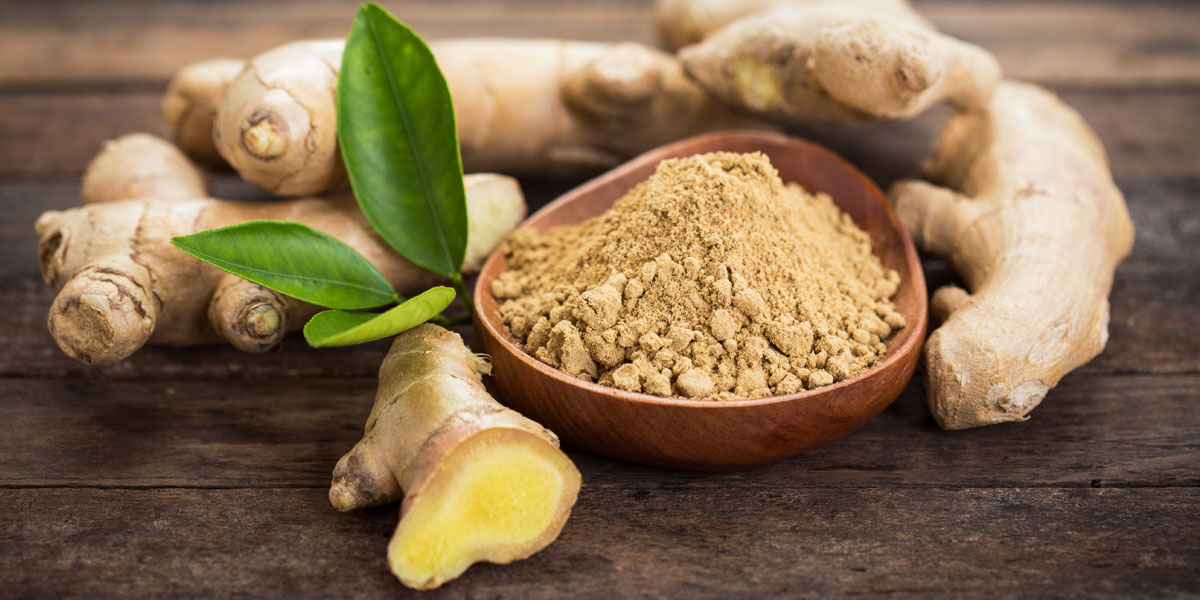 From luxury to necessity, ginger has a fascinating history that dates back thousands of years. It can also radically change your health – and adding it to your eating plan is easier than you think!
BY HELEN CLEMSON

Ginger has a longer trading history than most other spices, reaching Rome first in the hands of merchants. The flowering plant, which belongs to the same family as turmeric and cardamom, is a creeping perennial with thick, tuberous underground stems. It can reach one metre in height.

If you lived in the 14th century and were into making sweet treats with ginger that were considered a delicacy at the time, the cost would have set you back the same as a live farm animal (think sheep or cattle). Europe began importing ginger from the East Indies in the 16th century. The plant is grown commercially in tropical countries with Jamaica, India, Fiji,
Indonesia and Australia being top producers. Jamaican ginger is paler and rated best for culinary use. The crop is also cultivated annually in South Africa.

GINGER 101
From a health perspective, ginger is known to warm your innards, help digestion, and sometimes treat flatulence and colic. Fresh ginger provides the best taste but you can also buy it powdered, dried, preserved (when fresh young roots are peeled, sliced and cooked in sugar syrup), crystallised (also cooked in sugar syrup, then air-dried and rolled in sugar), and thinly sliced and pickled in vinegar. Sushi lovers will know it as an accompaniment intended to refresh the palate. In Japan this type of ginger is known as gari.

PATHWAYS TO HEALTH
Medicinally, ginger can work as an anti-inflammatory and help stimulate circulation, explains Hannah Kaye, a lifestyle consultant who specialises in nutritional therapy. “It’s a strong antioxidant and also has anti-microbial properties,” she goes on to say. With ginger’s long tradition of alleviating symptoms of gastrointestinal distress, it’s no wonders it’s also been a popular remedy in pregnancy for its ability to help alleviate morning sickness. “There has been some animal research to
show a benefit in colorectal and ovarian cancer,” says Kaye. “Another animal study has shown that ginger can decrease the damage caused by radiation therapy which means it may also be beneficial for patients undergoing this treatment.”

IT’S IN THE GENES
Ginger is gaining traction in the application of genetic health, reports dietician Ashleigh Caradas. “The growing field of nutrigenomics helps professionals design diets based on a person’s genetic blueprint and how that interacts with environmental factor, including diet,” she explains. “Ginger itself helps to improve the functioning of various enzymatic pathways that might be genetically compromised and has applications spanning from anti-cancer properties, to weight management and detoxification.” Now that’s extremely good news, particularly if dread diseases could be in your DNA.

EAT (AND DRINK) UP
We don’t suggest you dive straight in and chew down on ginger root. Neither does Caradas. “It’s probably a bit harsh
to just bite into a piece,” she says and adds that a great way to start including it, is by way of adding it to fresh juices.
Her go-to is one made with beetroot, lemon and ginger. When you’re ready to include more to your nutritional plan, Kaye has this advice: “Fresh ginger is higher in active compounds that the dried version, so it’s better to use.” She suggests approximately 1 tablespoon of grated ginger a couple times per day added to hot water and also added to food. It all depends on you as a person, she explains. “Some people can handle that amount but for others it will be too much and may cause stomach distress,” she unpacks. “It should also not be taken in large amounts by people on anticoagulants.”

8 Natural & Organic Makeup Brands Your Face Will Love You For

Tintswalo Atlantic has partnered with experienced Mindful host, Tracy Winde, to present a series of retreats during the upcoming winter months. The three ‘Mindfulness...
Read More

There’s a lot more to South Africa’s heritage than boerewors and biltong, or bunny chows and bobotie. This Heritage Day, let’s celebrate some of...
Read More

When we think of nutrient-rich mushrooms, we almost always think exotics… the Reishi, the Shiitake, the Porcini, the Chantarelle…  White button mushrooms? Brown mushrooms?...
Read More

Childhood obesity is a growing epidemic globally, and the World Health Organization has called it “one of the most serious public health challenges of...
Read More
Absolute Mama © Designed by Driven Social